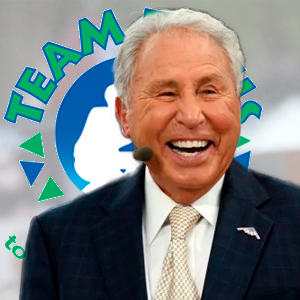 MOBILE, AL – Alabama coach Nick Saban will make his return to Mobile Tuesday as he headlines the Team Focus event at the Mobile Convention Center.

Founded by Mike and Micky Gottfried, Team Focus is dedicated to teens who are lacking a positive father figure in their lives and giving them the guidance they need. This year’s event will feature Saban as well as ESPN personality Lee Corso.

Corso, who is known for his spot on ESPN’s College GameDay show, came on WNSP’s Opening Kickoff Wednesday morning to talk about the upcoming event.

A silent auction will take place at 5:45 p.m. and dinner will start at 6:30 p.m. Also at this year’s event, Mike Gottfried says it will honor Saban and his wife Terry.

“We’re changing it a little bit to honor Nick and Terry Saban for the work they do helping kids,” Gottfried said. “We’re going to give everybody in attendance a small ball recognizing the national championships Nick has won.”

Saban is known nationwide as, potentially, the greatest college football coach of all time. His five championships at Alabama over the last nine years makes him one of the most recognized faces in the state, and he has supported Team Focus for the past 11 years.

For more information, you can listen to Lee Corso’s full interview below and tune in to the Opening Kickoff on WNSP weekday mornings from 6 a.m. to 9 a.m.