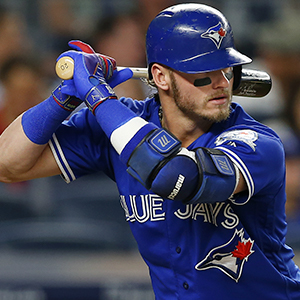 As a senior at Faith Academy, Donaldson was the Alabama Gatorade Player of the Year in 2004 and led the team to a state championship the same year.

Donaldson played at Auburn from 2005-2006 before being drafted 48th by the Chicago Cubs in the first round of the 2007 MLB Draft. Auburn made it to the NCAA regionals in 2005, where they fell to Florida State in the Tallahassee Regional Finals.

Donaldson didn’t make his MLB debut until 2010 with the Oakland Athletics. By 2013, Donaldson had become the starting third-baseman for Oakland and finished fourth in AL MVP voting.

The A’s traded Donaldson to the Blue Jays before the 2015 season, and in his first season with Toronto he earned the American League MVP Award. After an injury-riddled 2016, the three-time All-Star bounced back last season to record 33 home runs and 78 RBIs.