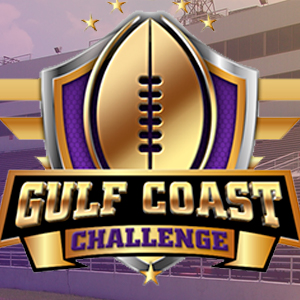 “We are bringing another college football event to Mobile,” Corte said. “There was a good contingent from both teams at the press conference.”

The Gulf Coast Challenge is being produced by the Mobile Sports Authority, which is responsible for the 5th Quarter Classic last year, in which Tuskegee and Jackson State faced off at Ladd-Peebles Stadium.

“It’s going to be more of an event than just a football game,” said Corte. “We’ll have an end of the game, battle of the band. When we renamed with new promoters, we wanted to at least have the area where the game is happening.”

“They showed up today,” Corte said. “Southern University and Alabama A&M wanted to come down here. We’re real excited about having both of those teams here. They’re the perfect teams to come down and play.”

Tickets for the event will be available as early as April 1.

“We really hope that this is an event that will be supported,” said Corte. “It’s going to be a fun week of events and the game come September.”