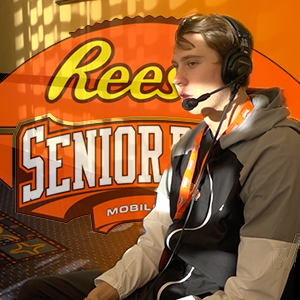 Scott spent four years playing at Alabama, where he was a part of the 2015 and 2017 National Championship teams under head coach Nick Saban. Scott never won the Ray Guy Award for college punter of the year, but he was a finalist in 2014 and 2017.

“Coach Saban is really good about specialists because he understands that when a specialist makes a mistake, they’re not trying to,” Scott said. “He’s always been more on the supportive and encouraging side of things.

The Alabama graduate punted 243 times in his collegiate career for an average of 45 yards per punt. His longest punt last season was a 64-yard punt in the Crimson Tide’s loss to Auburn.

“I played with some really talented players on some really good teams with great coaching,” said Scott. “You don’t get any better than that. I was really lucky to be in a position like that. I had a lot of fun going to four playoffs and winning two national championships.”

Scott will play in the 2018 Reese’s Senior Bowl on Saturday, where he will try to impress scouts and coaches that can lead to a career in the NFL.

Watch the full interview below. For more, listen to Sports Drive with Randy and Creg weekdays from 3 to 6 p.m.