Terrell Owens on Induction into Pro Football Hall of Fame 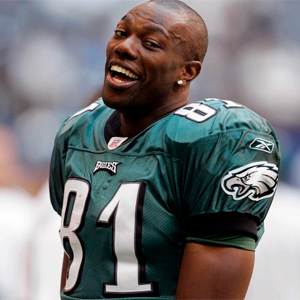 MOBILE, AL – The newest inductee into the Alabama Sports Hall of Fame and one of this year’s inductees into the Pro Football Hall of Fame, Terrell Owens, spoke about the accomplishments with WNSP’s Randy Kennedy.

“Number one, it’s definitely an honor to be spoken of and mentioned with some of the greatest to ever play the game,” said Owens. “I think me just being from Alabama and I’m going to get inducted into the Alabama Sports Hall of Fame soon, that too is a tremendous honor. I can’t speak more highly of what you guys have done. Just being a small kid out of a small town to have gone on to do some great things and represent Alabama, I couldn’t be more proud.”

“I played a number of sports,” Owens said. “Everybody probably knows that football is one of the biggest sports in the South, so I’m no stranger to that.

“I played basketball, ran track, and I played baseball when I didn’t run track. I think the story for me throughout my career was just me taking advantage of opportunities, and I wasn’t a high school standout star by any means. But I made the most of my opportunities when they came about.

“I was a late bloomer. I didn’t really start to bloom until my junior or senior year in high school. I got an opportunity to play at UT Chattanooga and that’s when things started to take notice and unfold for me.”

His first year of eligibility for the Pro Football Hall of Fame was in 2016, but he wasn’t inducted until this year.

“I’m very honored. With the process of the Hall of Fame, it’s still a flawed process. Even if I didn’t get in this year, my approach would be the same, and my thoughts would be the same as far as the criteria goes and the guys who are nominated and inducted. I think something needs to be done.

“I still feel the same way even though I am now a Hall of Famer. It doesn’t change because I’m in because I should have been in two years ago. And I say that not to be selfish or to put all eyes on me, but there are guys that had to wait before me that shouldn’t have.

“And there are going to be guys who come up behind me that shouldn’t have to wait. I think it’s unfair, but what I’m going to be doing now is really trying to bring some awareness to what’s going on and the injustice for some of these guys that are very deserving to be in the Hall of Fame.”

Owens was also announced as a 2018 inductee into the Alabama Sports Hall of Fame. The induction ceremony will be April 28 in Birmingham and includes names like Dabo Swinney and Chan Gailey.

“I’m very prideful of where I’m from,” Owens said. “It’s a state that has produced a lot of great athletes.

For more, you can listen to the full interview with Terrell Owens below and listen to Sports Drive weekdays on WNSP from 3 p.m. to 6 p.m.