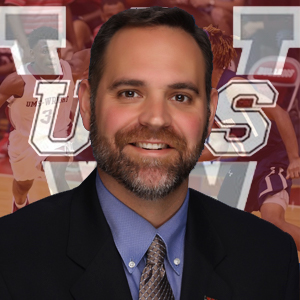 MOBILE, AL – The Alabama State Finals for basketball are finished, and out of the seven classes, no schools from the Mobile area came away with a title.

“Birmingham and Huntsville have a higher level of skill in their players than typically us in the South do,” said UMS Wright basketball coach Michael Napp. “That’s part of culture differences. That’s part of where emphasis lies in families.”

Mobile schools came away with two state titles in football last year, and schools in the area have at least one state title in five of the last six years. However, McGill-Toolen’s state title in 2016 was the first time a Mobile school won in basketball since 2007.

“In the schools up North, those kids play basketball a lot more months out of the year than our kids do, Napp said. “They are developing their skill throughout the year. You don’t see many kids on the basketball team that are in other sports.”

McGill has made it to the state championship game in Class 7A in two of the last three years, including the victory in 2016 over Central High School.

“I wish kids in Mobile played basketball longer,” Napp said. “In Mobile, typically, they give that sport up.

“Mountain Brook has one kid that plays football. McGill has five, and they played in the Class 7A Finals. The better players who are getting college scholarships are in the northern part of the state. They are single-mindedly playing basketball.”

For more, you can listen to the full interview below and tune in to Sports Drive weekday afternoons from 3 p.m. to 6 p.m.