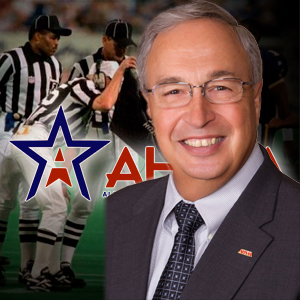 One of the first concerns with having instant replay is the cost of the equipment, and the disparity in budgets for some schools.

“It’s very inexpensive,” Savarese said. “Everybody asks the question about expense, but in 2013, when the National Federation allowed video replay on the sidelines, I saw schools with TVs on the sidelines. They’re showing it on video boards that they’re putting in stadiums. All we’re doing is adding that technology to one more resource.”

Another concern with the replay system is the length of the game. It is estimated that adding instant replay to high school football will increase game duration by 15 to 20 minutes.

Replay systems will also be optional for schools in Alabama, and even in the playoffs, it is not required that schools implement instant replay.

“The only game that it’s mandated in is the finals,” Savarese said. “In the finals, we’ll have the same experience you see at Alabama and Auburn. DVSport owns all the stadiums, and we’ll use their equipment.”

Listeners brought up the issue of a financial agreement between DVSport and the AHSAA, which, Savarese reassures the public, does not exist.

“We do not accept any payments from vendors for any product that’s sold in this state,” said Savarese. “We are not making any money off of this.”

The final concern Savarese addressed focused on additional training for officials and what they will have to do going forward.

“Before we ever considered this, we met with our officials first,” Savarese said. “We wanted to make sure our officials were on board with this.

“They were 100 percent on board, and that’s why we moved ahead with this technology. Is it more work for our staff across the state? Absolutely. But it’s an exciting change that provides our officials with the opportunity that they never had.”

Replay systems provided by DVSport will be available to implement in Alabama high school football this fall as an experiment for the next three years.

For more information, tune in to the Opening Kickoff weekday mornings from 6 a.m. to 9 a.m. or listen to the full interview below.