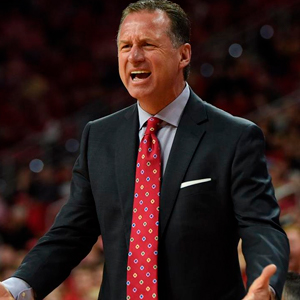 Former Alabama head coach Mark Gottfried joined the Opening Kickoff on Monday to discuss some of the top teams in college basketball.

“They play well and pass the ball and move the ball. I love their point guard Jalen Brunson. Michigan State is really good, and I watched them at Ohio State.

“I have not watched Virginia in person this year, but I think Virginia is such a hard team to play against. I’ve watched Purdue twice. Purdue is a veteran, juniors and seniors type team.

“They’ve got the big kid Isaac Haas who’s just a mountain of a young man. Those four to me separate out more than the others.”

A surprise this year is not seeing Duke in the top five. Despite having one of the top recruiting classes this season,
the Blue Devils have struggled to meet expectations.

Duke, currently ranked No. 9 in the nation, was the preseason No. 1 ranked team, but it has dropped five games this season.

“I’ve watched them seven times this year,” Gottfried said. “Here’s what I think people have to always remember: they had a phenomenal recruiting class.

“But what’s happening is you’ve got a young team. When you have a collection of that many young guys at one time, you’re going to have ups and downs. They’re the type of team talent-wise who can get hot during the tournament, and they could roll through that thing. Or they can get upset on a given night because defensively, they’re not engaged or they’re not all the way ready to play against a certain team.

“They’re talented enough to string it together come tournament time.”

Another surprise team is Auburn, who was not ranked in the preseason but has jumped to No. 5 in the nation. Auburn is currently leading the SEC with a 10-2 conference record and a 22-3 overall record.

“Bruce Pearl has done an amazing job,” Gottfried said. “And again, a team that doesn’t have a bunch of superstars, but they defend well, they’re big and strong, and he’s got them playing at a high level.”

Usually a favorite to make it deep in the NCAA tournament, Kentucky has been up and down this season. The Wildcats started out at the No. 5 team in preseason rankings, but dropped to No. 24.

“With Kentucky, they have a hard time scoring,” Gottfried said. “What we’re used to seeing is Kentucky with Demarcus Cousins, Anthony Davis, John Wall, and guys who were top five or top ten picks in the draft, and there were multiple guys like that on every team.

“I don’t think this team has that. This isn’t a typical talent-loaded Kentucky group of freshmen. So now you’ve got a group of freshmen who are good players, but they may not be the superstar level players they’ve had in the past.

“We’ll see how they fare down the stretch, but they’re not the talent-loaded type teams that we’re used to seeing from Kentucky.”

Alabama, Gottfried’s former team, has been another up and down team. The Crimson Tide has picked up wins against the top three teams in the SEC, but they have also dropped games to the bottom four.

“I don’t know about Alabama,” Gottfried said. “They have some nice wins, and they’ve done a great job with that. But it’s going to depend on how they finish.”

Gottfried led Alabama to its deepest NCAA Tournament run in school history in 2004. The Crimson Tide made it to the Elite Eight, losing to the eventual national champion, Connecticut.