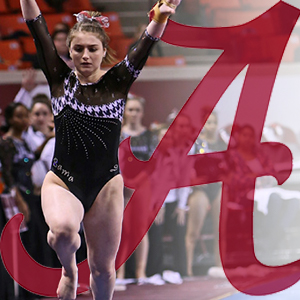 The UMS-Wright graduate is in her junior year at Alabama, and she set a new career best with an 9.825 on the floor Friday night. Ambrecht filled in for freshman Lexi Graber on the beam after she fell on her vault.

“I was a little nervous, but I’ve been training like that every single day in practice,” Armbrecht said. “I knew to go in and do what I do. I told Lexi before I went out that I had her back, so I did it for her.”

Alabama gymnastics, ranked No. 9 in the nation, came back from an early deficit to pick up their first win of the season. A 49.900 on the bars helped UA climb back, and a 49.350 on the balance beam pushed the Crimson Tide into the lead. Alabama closed out Georgia with a 49.175 on the floor.

The Tide continues their gymnastics schedule Friday at No. 1 LSU.